Our aim is to bring you the latest stories about the new developments in space exploration. 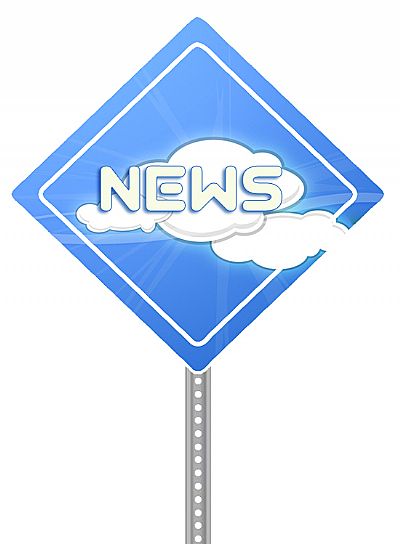 Prestwick looks a front runner for the UK’s first spaceport after making a very high-quality response to the national consultation, but Machrihanish has also made a strong case to be given serious consideration.

The two are among the five sites in the pool for consideration announced today. Also included is Stornoway in the Western Isles, Newquay in Cornwall and Llanbedr in Wales.

The UK Space Agency has also published a summary of its conclusions, along with a copy of all the responses in two files on its website.

The Agency had tasked the Civil Aviation Authority (CAA) with making a shortlist of places for what will be Europe’s first operational spaceport, home to a new generation of horizontally-launched spaceplanes.

Two other possible Scottish sites, the military airfields of Lossiemouth and Kinloss, have been dropped, due to RAF concerns. RAF Leuchars was similarly ruled out for anything other than temporary use.

The aim of the consultation was primarily to ask an original list of eight airfields about the overall criteria that the CAA should use in making its final decision, with questions like the relative weightings of factors like coastal location or road/rail links. Prestwick and Machrihanish gave particularly comprehensive replies, showing a detailed understanding of the issues, and the two airports also took the opportunity to mention their strengths.

Prestwick’s response was led by Scots businessman Stuart McIntyre, who last year established Prestwick Spaceport Consortium to drive forward the Ayrshire bid. He worked in the past in management for British Aerospace before moving on to work with medical hi-tech start-ups in England. He is also the grandson of David Fowler McIntyre, founder of Scottish Aviation Ltd and Prestwick Airport itself.

His response to the consultation, published today with those of the other potential locations, sets out detailed answers to the CAA’s questions. He tackles all the key points and outlines Prestwick’s many advantages, including its long runway which can take the biggest jets and the largest specialist freight planes. The airport was a frequent training location for Concorde crews.

Mr McIntyre’s paper also highlights the significance of location, with Prestwick’s rail and motorway links and its nearness to Glasgow, which is rapidly developing as a centre of innovation for space.

Other material developed separately by Mr McIntyre and the new consortium shows the scale of Prestwick’s facilities. It has three strategic air traffic control centres covering an area from the North Sea to the eastern Atlantic, and it is also the base for search and rescue operations of the Royal Navy and of Bristow Helicopters.

Around the airport is a cluster of big manufacturing companies in aerospace. Among them are Spirit Systems, employing 900 people on making wing components for Airbus and Boeing aircraft, and UTC Aerospace Systems, a major supplier to international space programs. Also at Prestwick are GE Caledonian, who provide aero engine overhaul facilities, and BAE Systems Regional Aircraft.

To add to all this, in Glasgow just half an hour away is the largest community of space industry employees outside London and the South East. There is a strong longstanding involvement, and also a growing number of innovative companies such as Clyde Space, who manufactured the UK’s first nano-satellite, UKube-1, launched last year.

A new impetus has now come with the establishment of the Scottish Centre for Excellence in Satellite Applications, within the Strathclyde University Space Institute (SSI). Its remit is to help to open up new sectors of market opportunity for using satellites.

Thus Prestwick can argue that it uniquely brings together the high-quality airfield facilities for the new rocketplanes, along with all the servicing and research resources of a dynamic aerospace industrial cluster.

This combination makes it a front-runner of the three Scottish sites, although a very good case was also made on behalf of Machrihanish by the Machrihanish Airbase Community Company, with much detail about weather advantages and insight into the operating requirements.

The Machrihanish response, from the company’s chairman Ian Wardrop, highlights the airfield’s 3,049-metre runway, accredited by NASA for Space Shuttle landing, and resources including hangar space, accommodation and fuel storage facilities. The response also mentions the airfield’s experience of moving large fabrications, through the wind turbine manufacture there, and points out that Machrihanish is only 43 miles from Glasgow. Strong support for Machrihanish was sent in by Argyll and Bute Council.

For Stornoway, by contrast, there was just a single sheet from the airport owners, HIAL, saying that it would be difficult and possibly expensive to upgrade the runway to the 3000 metres required by the CAA.

HIAL also declined to push the case for Stornoway ahead of the three other Highland and Islands sites in the pool on the grounds that it had an interest in them all. This was, the organisation said, through a presence at Campbeltown and through the proximity of Lossiemouth and Kinloss to the HIAL airport at Inverness airport. The only definite support for Stornoway came from a three-page submission from the Outer Hebrides Community Planning Partnership.

The big advantage for both Prestwick and Machrihanish is that they have a single organisation owning and operating them, and so are able to make a single-minded business case for their development. The additional strength for Prestwick is its existing aerospace cluster and its proximity to the cluster of innovative companies and research teams in Glasgow.

Llanbedr in Wales is a former RAF airfield that reopened last year for general aviation. Situated on the west coast of Wales, its proximity to the Snowdon National Park has generated some local opposition to development of the airfield, for civil use or space use.

Newquay in Cornwall is also a former RAF base, which has been developing rapidly since its transfer to civil ownership in 2008. It’s now the most modern airport in the UK, new navigational aids and radar system, a new air traffic control tower, and runway upgrades.

Newquay also has an enterprise zone which is attracting hi-tech companies, and is the only such zone focused on aerospace to be part of a UK commercial airport. The Aerohub enterprise zone is run by a local partnership, who along with Cornwall Council and the airport operating company have set up a Spaceport Cornwall group and a Spaceport Cornwall web page to promote their bid, and they put a strong and determined response to the CAA consultation, highlighting the combination of excellent facilities and scope for hosting hi-tech innovation and development.